Pupils at Hampden Gurney CofE School perform for the Queen 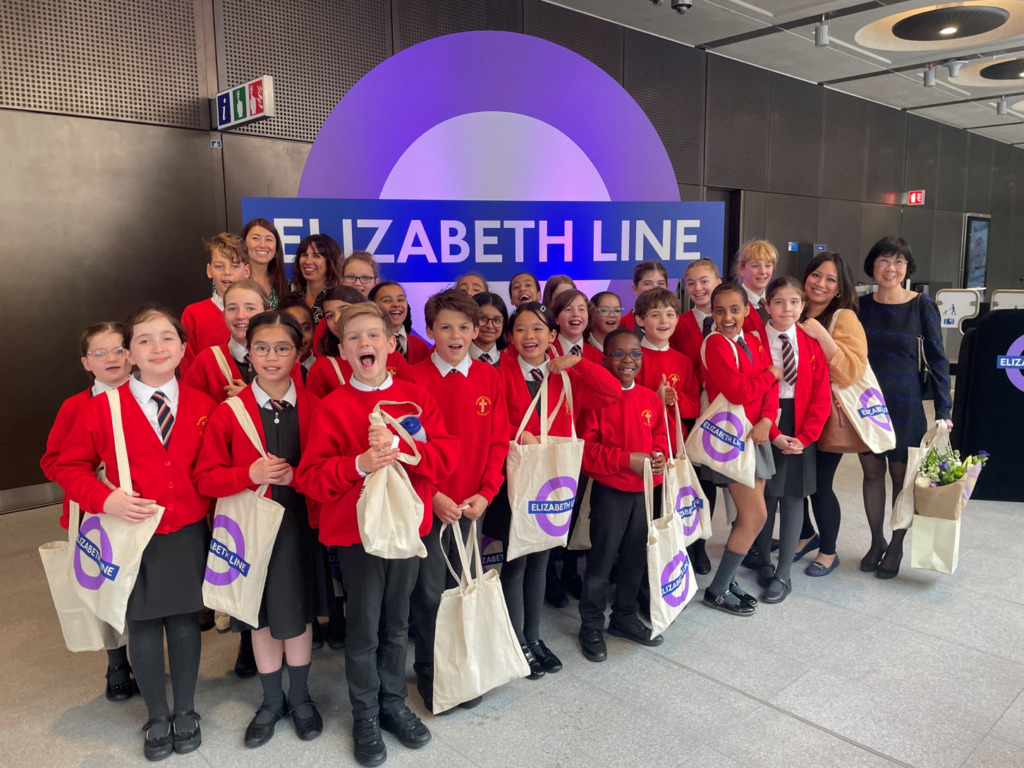 It has been a most memorial few weeks at Hampden Gurney Church of England School in Westminster with lots of visits from internal school leaders and ministers just before half term.  The jewel on the crown was meeting the Queen!  What a privilege and honour; staff and pupils alike were all thrilled and surprised by her presence at the launch of the Elizabeth Line at Paddington.  All other dignitaries paled in comparison at the TfL event.

Hampden Gurney children sang so beautifully and staff and parents were all incredibly proud of them.  The school was given less than a week to prepare two songs and during SATs week too!  The challenge was there with the knowledge that the school’s pupils were probably going to be singing and meeting the Prime Minister and Mayor.  The Headteacher, Evelyn Chua, took on the challenge, supported by her staff, agreed that children would perform and rustled up two perfect songs for the occasion.

To everyone’s surprise that morning, Her Majesty the Queen, graced the event with her presence.  TfL was in a fluster changing the plaque, which was engraved with Earl of Wessex to open, and the event was delayed by 20 minutes.  Did they care?  Not a bit and would have waited the rest of the day for the Queen.  The moment she stepped out of the lift was priceless and when pupils went to present her with the bouquet, with the Headteacher following behind, that was even more precious.

We use cookies on our website to give you the most relevant experience by remembering your preferences and repeat visits. By clicking “Accept All”, you consent to the use of ALL the cookies. However, you may visit "Cookie Settings" to provide a controlled consent.
Cookie SettingsAccept All
Manage consent

This website uses cookies to improve your experience while you navigate through the website. Out of these, the cookies that are categorized as necessary are stored on your browser as they are essential for the working of basic functionalities of the website. We also use third-party cookies that help us analyze and understand how you use this website. These cookies will be stored in your browser only with your consent. You also have the option to opt-out of these cookies. But opting out of some of these cookies may affect your browsing experience.
Necessary Always Enabled
Necessary cookies are absolutely essential for the website to function properly. These cookies ensure basic functionalities and security features of the website, anonymously.
Functional
Functional cookies help to perform certain functionalities like sharing the content of the website on social media platforms, collect feedbacks, and other third-party features.
Performance
Performance cookies are used to understand and analyze the key performance indexes of the website which helps in delivering a better user experience for the visitors.
Analytics
Analytical cookies are used to understand how visitors interact with the website. These cookies help provide information on metrics the number of visitors, bounce rate, traffic source, etc.
Advertisement
Advertisement cookies are used to provide visitors with relevant ads and marketing campaigns. These cookies track visitors across websites and collect information to provide customized ads.
Others
Other uncategorized cookies are those that are being analyzed and have not been classified into a category as yet.
SAVE & ACCEPT