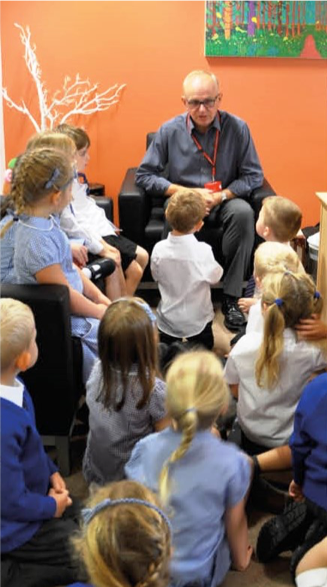 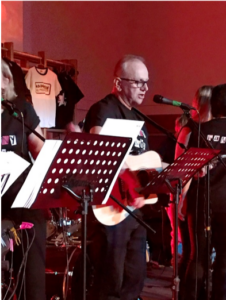 In January of this year Mr Logan, who is the head teacher of a St Mary’s and St Peter’s CE primary school, informed the School’s governing body that he intended to retire at the end of this academic year in July.  This gave the Governing body ample time to find a new head teacher and we are extremely lucky to have appointed Ms Helen Swain, who is an experienced and talented head teacher, and is currently in charge of a primary school in Kensington.

Now a new head teacher has been appointed we can reflect, with a touch of sadness at John’s departure, John’s considerable contribution to the growth of our school. He has given 18 years of dedicated and expert leadership to the school.  When he joined the school it had just been expanded and he saw pupil numbers rise from 210 to 420 children. The school then received a generous legacy and he and the governors used the money creatively to enclose and cover a space between two blocks and so create our marvellous library and resource area.  By 2011 there was again a shortage of school places and his firm negotiations with the council ensured the school obtained a new hall and other facilities as well as the new classrooms, which increased the roll to 630.

In so many ways he has made the school what it is today and I know that he will be sorely missed by all of us.  After just two terms in post there was a full Ofsted inspection. The school was graded ‘Good’. Five years later it was graded ‘Outstanding’. The school is also inspected by the Church authorities ( SIAMS ) and in their last report in 2018 they graded the school ‘Outstanding’. In 2019, the school results put it in the top 250 schools in the country. For John it has not just been about academic success. The school has gained awards in art and music and together with its sporting achievements these demonstrate the very rich learning environment within the school.

He will be leaving us a school, which has a strong management team, great staff and happy children. I joined the Governing body in 2002 and it has been a pleasure being in the school watching his rapport with the children, his support and development of staff and his championing of the school with Inspectors and the local authority.

For some parents the highlight of the school year has been the annual ‘The school of Rock’ concert, where John is the front man of “Johnny and the Logans”, the staff rock band.  For the pupils their highlight is probably the week they usually have in year 6 when he has accompanied them on a week’s trip to the Isle of Wight.  John’s personality runs through the school, and I am sure there are thousands of children who enjoyed their school days under his care.

We wish him a long and happy retirement.