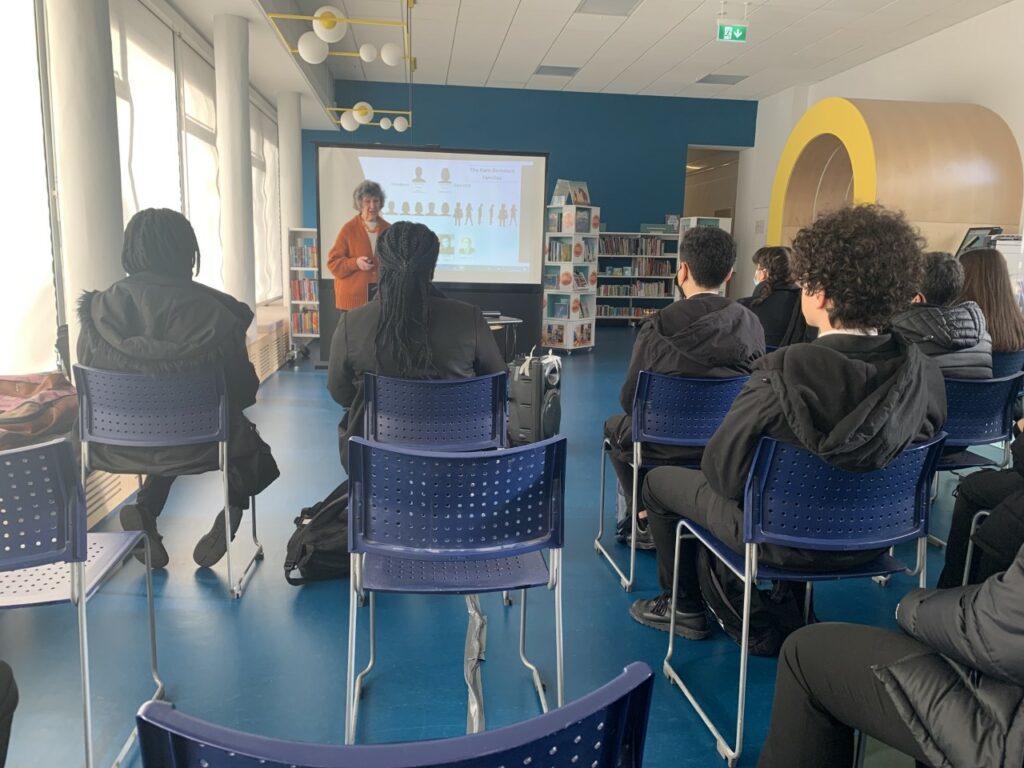 Greig City Academy RE students took part in a fantastic event hosted by Hornsey Library. They listened to the daughter of a Holocaust survivor. She spoke of her parent’s experiences living in Poland before and during the war, the ways they survived whilst living in one of many Jewish Ghettoes, her father’s decision to flee and settle in Western Poland, which was under Soviet occupation at the time, how they met, married, and settled in Newcastle-upon -Tyne.

The talk was inspiring, courageous, and incredibly informative. The students listened attentively – they were a real credit to Greig City Academy. At the very end of Dorothy’s talk she encouraged students to take the time to speak to elderly members of their families, so they can develop their understanding about their family’s history. Dorothy unfortunately never met her grandparents and she expressed how lucky students are as they can speak to theirs at any given time. On the way back to school, people in my form spoke to Ms Sheridan about their family history. “I was amazed that some know as far back as great grandparents!” she said.

One of the students remarked that  ‘the topics that were mentioned were straight to the point. we learned a lot more about the Holocaust considering the story told came from an actual person who experienced the Holocaust and were the victims of Hitler. The person who spoke to us was very kind and had a good way with words. We also learned about how Germany invaded Poland and the victims that suffered. It was a great experience overall and I was glad my form and I had the opportunity to learn more.’

We were all able to bond over the following ideas – we all come from somewhere, the actions of those before us have greatly affected our lives and ultimately, we are lucky to live the lives we live.

Thank you to our speaker Ms Noreen Plen, Generation2generation, Hornsey library who invited us to this event and to Ms Fraser and Ms Swinyard who ran the trip – 9LF RE students

You can discover more about the organisation who aim to ‘empower second and third generation descendants to present their family histories to a wide variety of audiences through the use of survivor testimony’ via the link below.