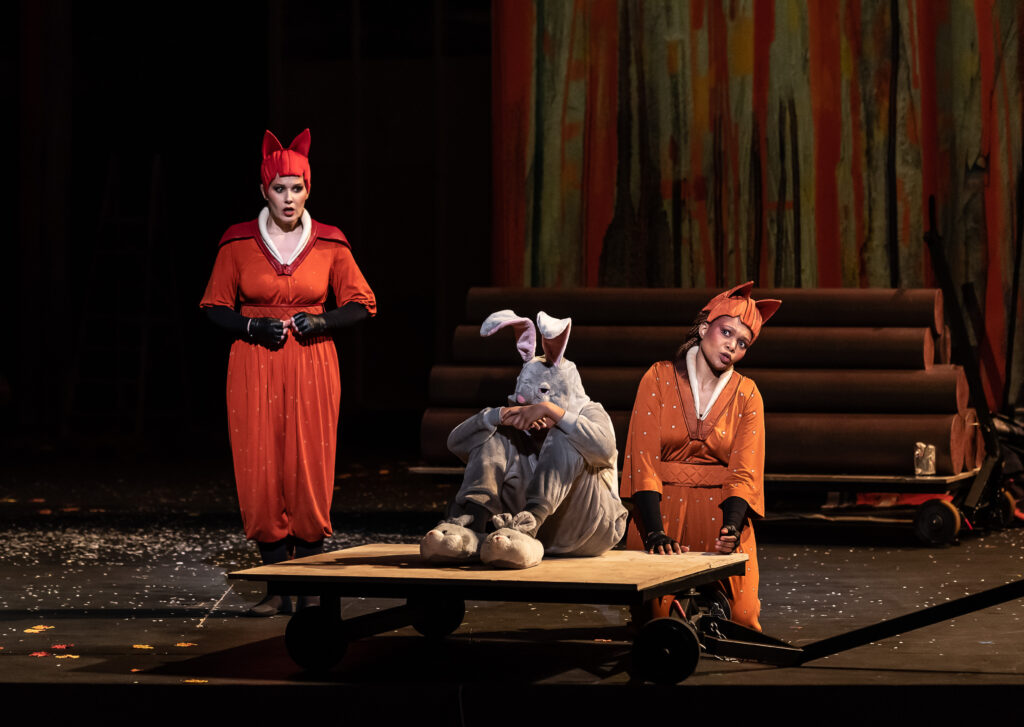 All Souls CE Primary School began working with the ENO Engage team last autumn when the team came into school to run singing and acting workshops with Years 5 and 6. These provided a wonderful introduction into the world of opera. From these workshops, 16 children were cast as the mischievous fox cubs, and an additional child was cast as the rabbit and the young forester, in the main stage production of The Cunning Little Vixen at The London Coliseum.

The children who were cast in the production had the fantastic opportunity to rehearse and perform alongside professional musicians, singers and actors. Those not cast were given the opportunity to see the performance, as well as take part in a number of opera workshops.

The children have gained so much from this experience. They have grown in confidence and self-belief, constantly challenging themselves to work and perform outside their comfort zone.  They have had their eyes opened to a whole new world.  One of the children who performed thanked the ENO for helping him to discover a talent he didn’t know he had.  A child who went to watch his friends perform commented, “Music in an orchestra is one of the things I like watching most as I get to see how music is created in front of my eyes.”  Clearly, this has been an experience that will stay with the children for a very long time.